This content is researched and written independently of the views or opinions of Online Will Makers' editorial team. Online Will Makers may earn a commission from purchases of products featured on this website. Full disclosure available here.

What is a Codicil?

Even though many people think of a last will and testament as a document that only elderly people need, the reality is that many individuals write their will many years or even decades before their death. But a lot of things can change even in one year, let alone a decade. You could acquire or sell property, have new children, your spouse or child may pass away, you may get divorced, or you may simply change your mind regarding the distribution of your estate after death. So how can you change your will? The answer is simple, you need to make a will codicil.

What is a Codicil to Last Will and Testament?

Many people ask us, what is a codicil to a will? First, we would like to include a definition of codicil. A codicil is a legally-binding document that updates a last will & testament. Its name comes from Latin for “a short writing tablet”. The term fits, as codicils are (usually) short documents that update 1-3 entries in an existing will.

Why People Write a Codicil?

Over time, circumstances change. What made sense in the past might not in the present. For this reason, individuals who have already filed a Last Will & Testament may want to amend its provisions. A codicil allows you to do this.

Why would you write a codicil? It makes sense to edit your will if:

This list is not exhaustive. If you have a Last Will & Testament you want to change, you must write a codicil.

How to Write a Codicil to a Will? 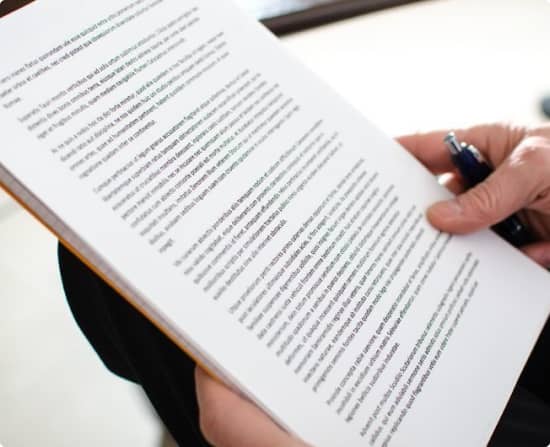 Last Will & Testaments can be long and complicated. By contrast, will codicils are concise, to-the-point legal documents. Because they update a few entries at most, you can usually confine a codicil to a single page.

What does a codicil look like? It starts with a declaration of identity. At the top, the testator (you) declares their name and address, as well as the date of the codicil. Beneath this, you’ll declare your amendments to your original Last Will & Testament.

Below are the terms of your codicil. In them, you declare the date when the amendments of your Last Will & Testament will take effect. You’ll also reaffirm the validity of unedited sections of your will.

For your codicil to be valid, though, you’ll need two witnesses. These witnesses need not be the ones who oversaw the signing of your original will. Complete this step, and your codicil will be officially valid in the eyes of the law.

Do I Need to Notarize a Codicil in America?

All states have different requirements for will codicils but most of them don’t require the document to be notarized. In these states, you only need to sign your will codicil before two or more witnesses who aren’t also listed as beneficiaries in your will. However, some states are moving towards eliminating the witness requirement. In these jurisdictions, you would be able to draft a codicil and sign it in front of a notary public. Some states also allow testators to create a self-proving affidavit along with a codicil.

Most Last Will & Testaments only require minor tweaks. However, major life changes might necessitate wholesale changes. In this scenario, you’re better off redrafting your will than writing a complicated codicil. That’s why lately, more and more people are chosing to use online will makers. Never used one? We have reviewed a bunch so you can easily compare online will makers and choose the one that better suits your needs.

If you only want to make a couple of changes, a codicil is fine. However, as a general rule, anything more than three changes is too much. Your executor will be dealing with enormous amounts of stress – don’t make them decipher dozens of confusing amendments.

Then, there’s the issue of reputation. If you remove someone from your will via codicil, everyone will know you did it. However, if you redraft the will, nobody will be aware that a previous version existed.

All in all, a will codicil is a practical document that allows testators to make small changes to their wills without having to rewrite the entire document. So if you want to change your will executor or remove one of your bequests from the will, you can utilize a codicil. However, you should be careful not to make too many changes using this document. The general recommendation is that if you need to make more than three changes to your will, you should make a new will instead of making a codicil. Fortunately, a large selection of online will-making services available on the market today makes this task easy.